Redford dog food is a private label brand made for Pet Supplies Plus. The brand currently offers both grain-free and grain-inclusive dog and cat foods in several recipes. Pet Supplies Plus opened their first store in Redford, Michigan, in 1988 and has 315 franchise and corporate stores in the midwest and eastern U.S.

Looking good so far, Redford! Based on our research, no Redford Naturals products have been recalled, you can find more info on the latest recalls here. 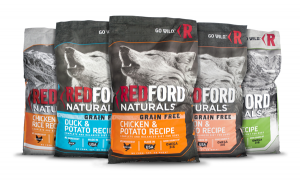 We like what we see of the Redford grain-free and natural dog foods. The foods appear to have good quality meat protein, and the guaranteed analyses are appropriate. It’s hard to find perfect dog foods, and there are a few ingredients that we don’t especially like, but that’s true of lots of good dog foods. If your dog can’t eat potatoes then you won’t be able to feed your pup most of these recipes.

It would be nice to know who is making the formulas for Pet Supplies Plus so we knew a bit more about the more background. We also hope that the company puts the AAFCO statements on the website.

We’re not sure if the foods are all life stage or maintenance – though the calcium to phosphorus ratio looks good, and it looks like the food could be fed as an all life stage food. Overall, these foods deserve a good try from dog lovers. Let’s check out one of them in more detail. 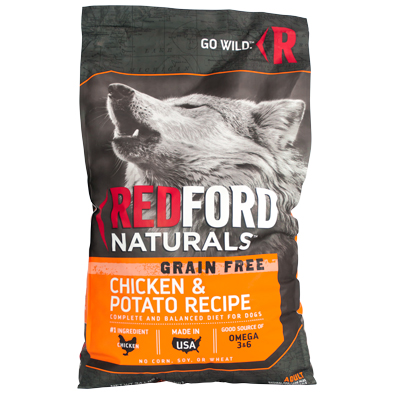 The second ingredient in the food is similar to chicken meal. It has had most of the moisture and fat already removed, so it is a concentrated source of turkey protein. Turkey protein meal ranges from 62 to 65 percent protein. It’s a good source of Riboflavin and Phosphorus and Selenium.

Peas are becoming more and more popular in dog foods, and they’re jam-packed with nutrients. They have about 22 percent protein, 76 percent carbohydrates, and 2 percent fat. Peas are a good source of lots of vitamins and minerals, including Vitamin A, Riboflavin, Niacin, Vitamin B6, Folate, Magnesium, Phosphorus and Copper, Vitamin C, Vitamin K, Thiamin and Manganese. They are also a good source of dietary fiber – sometimes too good. Some dogs can have problems digesting peas in large amounts which can result in diarrhea, soft stools, and/or flatulence.

Most dogs can eat potatoes without any problems, but they can be an issue for some dogs.  Nutritionally, potatoes have about 92 percent carbohydrates, 7 percent protein, and 1 percent fat. They are a good source of Vitamin C, Vitamin B6, Potassium, and Manganese.

Other ingredients of interest in this food include chicken fat (preserved with citric acid and mixed tocopherols) – a good named fat. Tapioca is a carbohydrate with few nutrients, but it’s often added to pet foods to improve texture. Menhaden Fish Meal is a fish source of omega-3 fatty acids and an additional protein source. Tomato Pomace is recognized as a good source of fiber and vitamins. We do not consider it to be a filler ingredient. Brewers Dried Yeast is a by-product from brewing beer but it’s also a source of protein and provides lots of B vitamins. Blueberries are a natural antioxidant. Fish oil is a good source of omega-3 fatty acids. Dried kelp is considered to be a good source of trace minerals. This food has 361 kcal/cup, which is moderate in terms of calories.

Where Can You Buy Redford Dog Food?

You can buy Redford’s on Petsuppliesplus.com and at their brick-and-mortar stores. According to the website, local stores may have sale pricing.

If you like how Redford looks for your pup, you’ll love Blue Buffalo as well as wellness grain-free! Be sure to check out some of our most favorite brands. 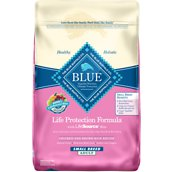 Blue Buffalo
Reviews
Where To Buy 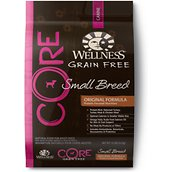 Wellness Grain-Free
Reviews
Where To Buy 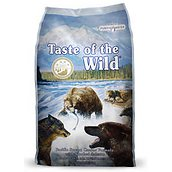 Taste of the Wild
Reviews
Where To Buy